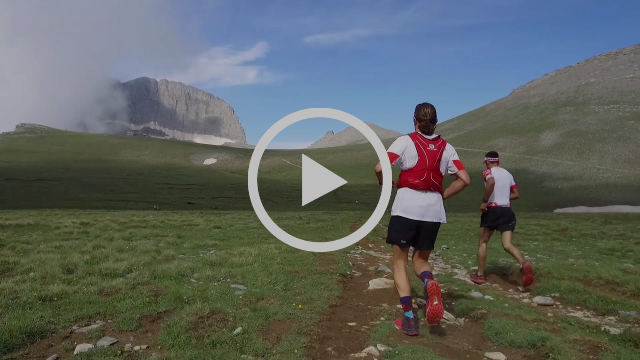 The top international race of mountain running, Olympus Marathon took place yesterday Saturday 23rd of June in Olympos, Greece. Olympus Marathon celebrates its 15th edition in the "mountain of Gods". It is a very challenging race 44 km long with 3.300 positive altitude in Greece and takes place every year the last weekend of June.

Olympus Marathon is the first Greek Marathon that is being included for a second consecutive year in the international calendar of skyrunning, the Migu Run Skyrunner World Series 2018.

This year the race welcomed more than 800 athletes, from more than 25 countries! Olympus Marathon has won the love of the mountain running friends worldwide.

Among the participants of the Olympus Marathon 2018 were the Greek champion Dimitris Theodorakakos who came first with time 4:37:44, Casal Mil Marc from Andorra who came second with time 4:39:55 and the Greek surprise Dimitris Seletis who finished third with time 4:40:15.

This is the third year that Olympus Marathon race was co-organized by Olympus Marathon, Runner Store and the regional unit of Pieria, the municipality of Dion-Olympus under the auspices of Hellenic Republic ministry of economy, development and tourism that aimed to upgrade the race giving it an international exposure.

All these targets were realized with the support of the Mega Sponsor AVRA natural mineral water.

Not to forget the rest of the sponsors which contributed in the realization of this year's event race as well: ETHNIKI PANGAIA AEAP, SALOMON, SUUNTO, POLO, AVIS, MELISSA, SQUEEZY SPORTS NUTRITION, RAVAGO HELLAS, RAVATHERM HELLAS, AEGEAN AIRLINES and NOVO NORDISK. 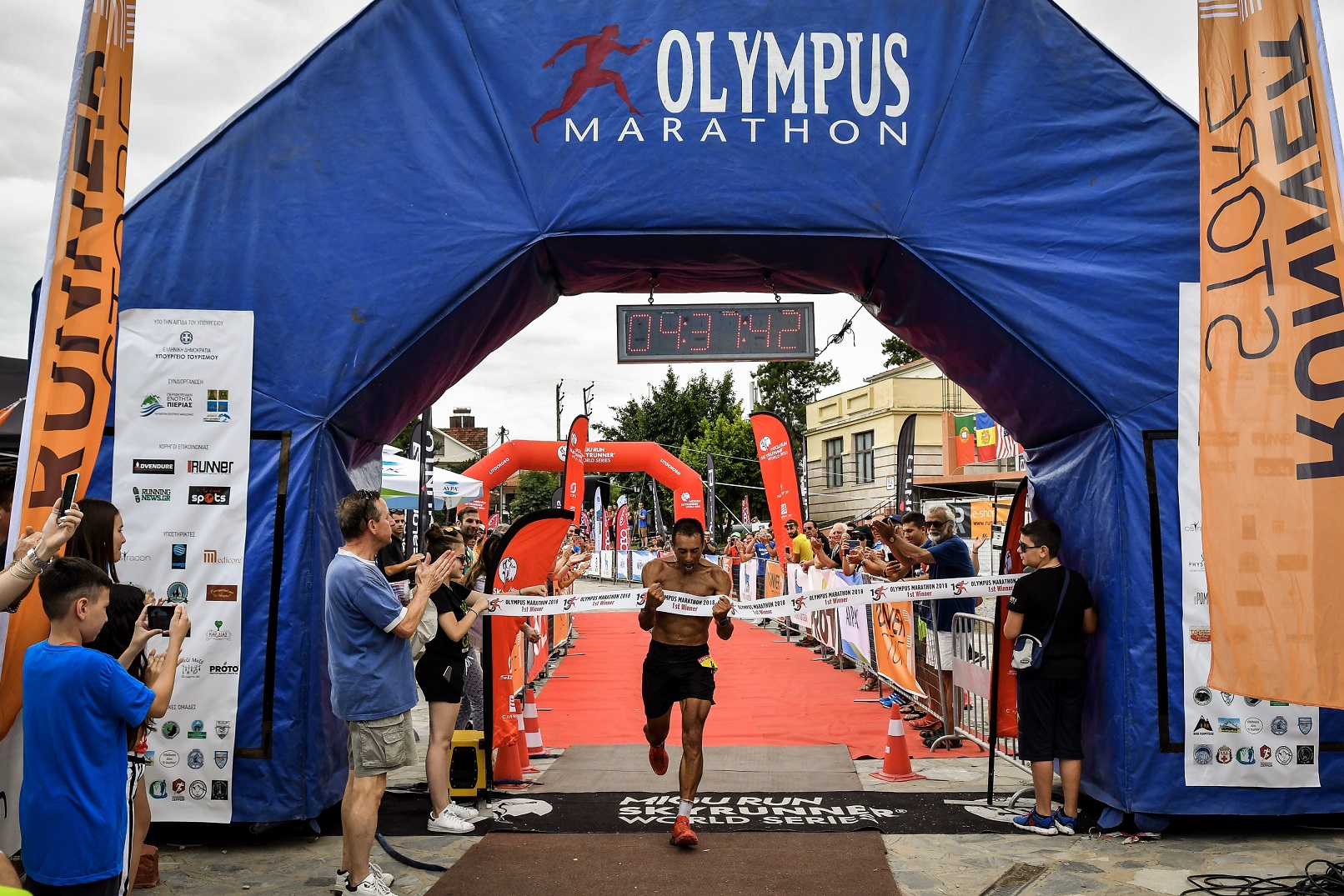 The new races Olympus Ultra and Olympus Vertical are here to complete the popular Olympus Marathon and create a race pattern similar to the big,foreign organizations.As it is already known,Olympus Mararthon is part of the world Skyrunner calendar since last year.The same thing happened for the Olympus Vertical race,that from the first year, belongs to the family of the world vertical circuit.

The routes of these races are under the premisses of the world Skyrunner  federation and are fully approved of it. After a lot of discuss with the executives of the federation and for the safety of the athletes,the organizational commitee announces a slightly,but crucial change in the route of Olympus Ultra.The atlhetes won`t go up to the Skolio pick from the "Rachi tu Skoliou",but through the Christaki refuge.The route through the valley that ends to the refugee is easy and safe,without increasing the total altitude that remains at 5200m.The kilometres increase from 66 to 70,so as the general inclination to be smaller.

All the information and the details of the route are in the website of the organization www.olympus-marathon.com.

There will be Drop bag in Chomatodromos station (K-36,8). It must be given one day earlier to the registry of the race,with the receiving of the bib number. The drop bag check will happen in middle station.An athlete that doesn`t have the obligatory equipment, will punished with exclusion from the race.

We inform you that from now on,the registrations will be valid only with the use of credit/debit card.

The distribution of OM 2015 photos will start on Monday the 3th of September. Each participant will receive via –e-mail (the one given during registration) a link to download from Sky Drive his personal photos.

At stations throughout the route, athletes who have previously run the OM,but who wished to offer their services, will be found. More than 300 volunteers either in organized volunteer groups or as individuals will support the organization of the OM.

The marking signs of this year's OM, which will take place from Thursday, June 26, will be held under the surveillance of athletes who have run the OM in the past.

The sponsorers of the 11th edition of OM are as follows :

This year's race is supported by the Cooperative Bank, and the Peripheral unit of Pieria.

The photographer of the event, once again will be from " GoExperience ". Photos of the event will be send to all participants via e-mail.